The Memphis City Beautiful Commission was officially established by a city ordinance on July 1, 1930, making it the first and oldest beautification commission in the nation.  Its mission was to transform and keep Memphis a beautiful, healthful and safe place in which to live.

If you would like to learn more about the history of the Memphis City Beautiful Commission, watch the video below and enjoy an amazing documentary. 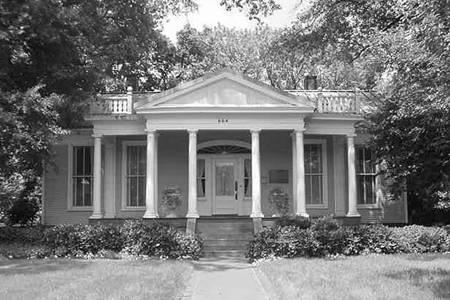 It was on a bleak wintry day in the early part of 1929 that the Commission was born as the brainchild of Mr. E. H. Crump. Standing behind the Post Office with the Mayor of Memphis, he watched a late afternoon train slowly chug past, en route to Chicago.  As the series of cars rolled on their way along the riverfront, he noticed the faces of passengers pressed against the windows, taking their last glance at the bluffs and skyline of Memphis. Idly he wondered what impression of the city they would carry with them to their distant homes and thoughtfully and with critical objectivity, he began to scan the landscape. The picture was a dismal one. 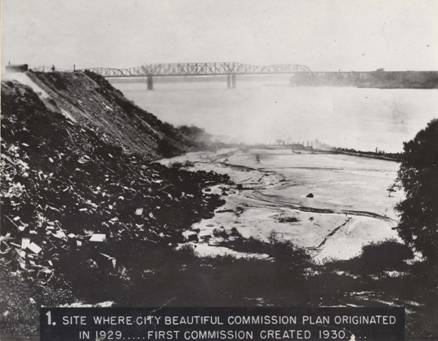 Ill-kept and dilapidated river shanties formed a jagged line along the waterfront near the railroad tracks. Some of these rickety shacks leaned to the side, ready to give up the struggle, and all of them needed painting to cover up their dingy grime. Trash and paper blew about the streets or nestled close to the buildings. Dead weeds stood firmly planted and shoulder-deep among the houses and choked large areas in the yawning gully by the tracks. Yes, the picture was dismal.  But, more than that, it was an embarrassing one for a Memphian to view.

Then another picture took form in the mind of Mr. Crump. He envisioned a transformed shoreline, one which Memphis would be proud to display to her visitors. A beautiful scenic driveway would wind along the river’s edge, with gracefully swaying Paul Scarlet roses bordering the riverside and majestic trees running along the shore side, both accompanying the visitor the full length. Neatly clipped lawns would replace the dangling weeds, and landscaped slopes would outlaw the deep gully. His mission was that streets would be clean from trash and buildings would have “their faces washed” and kept clean. The riverfront, heretofore the “back door” of the city, would become its “front door,” as it naturally is, with its cleanliness as a welcome mat to all comers. The whole city would be transformed into a beautiful, healthy and safe place. 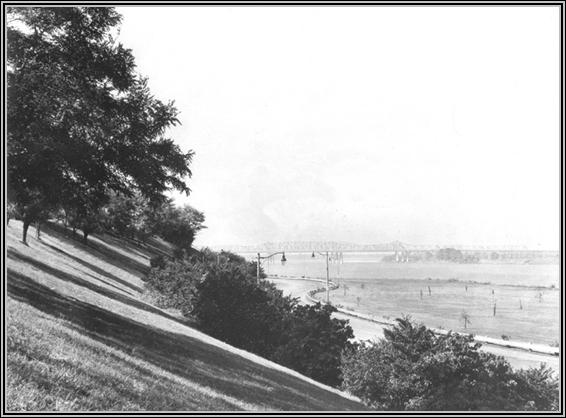 In 1935, the Riverside Drive project was dedicated. Costing nearly $1,000,000 (largely WPA funds) the grating and roadway were under the direction of the Memphis Harbor Commission and City Engineering. The City Beautiful Commission landscaped the bluffs with crape myrtle, redbuds, magnolias, dogwoods and Paul Scarlet roses. White roses were planted at each guardrail post. Riverside Drive today is still a source of pride and pleasure for all Memphians and visitors.

The Commission very quickly became involved in many activities including writing letters to businesses and individuals soliciting their cooperation in maintaining their property in a clean and attractive manner. Another early campaign encouraged the use of regulation garbage cans.

In 1936, Mrs. William B. Fowler became chairman of the City Beautiful Commission and served for many years. City Beautiful grew under her leadership and soon had to relocate to  larger headquarters. The Board of Commissioners was enlarged to 30 members and began meeting regularly each month.

Beautification still remained a major part of the City Beautiful Commission. A campaign to plant crape myrtles throughout Memphis was begun in 1936. The Commission made the crape myrtle the official city shrub with over 8,000-balled plants sold and plant the following year at a cost of  .50 cents each. Beginning in 1939, an annual “Crape Myrtle Queen” was selected for many years. The dedication of the Dogwood Trail occurred in 1948 and the planting of trees started at Beale and Riverside Drive. City Beautiful established the Memorial Tree Trail in 1956. A donation to City Beautiful in honor or memory of a loved one helps to purchase trees, which are planted and maintained by the Division of Park Services along our Parkways.

Through the efforts of City Beautiful, Memphis gained the title of cleanest city in Tennessee in 1940, 1941, 1942, 1943, 1944, 1945 and 1946. Memphis also received the Ernest T. Trigg “Nation’s Cleanest City” award in 1948, 1949, 1950 and 1951. During this time, volunteers were organized into Wards and Block Clubs with Ward Chairmen and Block Captains. The City Beautiful staff grew to include 30 inspectors by 1954 who worked through these organizations to identify and improve eyesores. Memphis participated with the National Clean-Up, Paint-Up, Fix-Up Beautification Bureau headquartered in Washington, D.C. until that organization was absorbed into another in 1969. During this partnership, numerous awards were won for “Clean-Up, Paint-Up, Fix-Up” campaigns.  Each spring a “Clean-Up, Paint-Up, Fix-Up” week was held with a variety of involvement from businesses, civic groups, schools and neighborhood clubs.

In the late 60’s, under the guidance of Chairman Alice Armstrong, the City Beautiful Commission developed the Mini-Park Program. Fifty parks were carved out of vacant lots in depressed areas, with neighbors working with local companies and civic volunteers. The Mini-Park Program was copied nationwide.

The Commission, experiencing a place of low priority in the early 70’s, began rebuilding with a range of projects developed by a board of volunteers now consisting of 35 members. A “School of the Month” program was begun, City Beautiful litter receptacles were placed through the city and many other smaller projects all focusing on positive results were developed.  Then in 1978, the City Beautiful Commission became associated with Keep America Beautiful, Incorporated.  Memphis was certified as a Clean Community System.  (The CCS was changed in 1986 to the Keep America Beautiful System.)  Through this association with a national organization, Memphis received first place state awards for environmental improvement in 1976, 1977 and 1978.  Memphis City Beautiful Commission has a long history of being honored by Keep America Beautiful, Inc., receiving eight national awards over the last two decades: 1980, 1983, 1984, 1986, 1987, 1990, 1991, 1992, 1996 and 2002.

With the restructuring in the 70’s, the Memphis City Beautiful Commission began once again to actively participate in the community. In 1978, the Commission adopted its first set of Bylaws and Friends of City Beautiful, Incorporated, a not-for-profit tax-exempt organization, was chartered as a support group for the Commission. A new logo, the butterfly, was adopted and Mrs. Lyndon Baines Johnson was guest speaker at a kick-off luncheon for the spring beautification campaign. The staff was reorganized, eliminating the field inspectors of early years, and today is comprised of an Executive Director, two professional coordinators, a technical support specialist and a part-time person.

Memphis City Beautiful continues to work to increase community responsibility through innovative educational environmental programs that provide leadership to students, neighborhoods and citizens throughout the City of Memphis.

This facility is not fully accessible to those with disabilities. City Beautiful services are also provided at City Hall, 125 N. Main, Suite 608. Please call 636-4410 to arrange an appointment.